Known for our large holdings in literature and history, Bell’s also stocks a vast array of gardening, art and architecture, cookbooks, vintage technical books, new children’s books, military science, transportation, religion, natural history and much, much more. By far the largest part of the collection, over 150,000 volumes available for browsing, is simply good quality secondhand hardcover or trade paperback books in 500 subject categories. The challenge and the joy has been in changing our inventory to reflect the interests and needs of the surrounding community.

We frequently have customers bring their grandchildren to see where three generations of their family have bought books. Although our regulars have included Nobel laureates, Pulitzer Prize winners, Newbery Award recipients, bishops, movie stars, senators, international statesmen, and leaders of Silicon Valley industry, the generations of book-loving people of Palo Alto who have walked through our doors day in and day out for eighty-five years, keeping up our spirits, and sharing our enthusiasms, are the ones who have made it possible for the Bell family to keep doing what we love most every day, and for that we are profoundly grateful.

Recent seismically proportioned shifts in the world of bookselling have raised questions about the relevance of brick and mortar bookstores in the environment of Silicon Valley, but, if you, like us, enjoy real books in the real world; holding volumes that feel good, smell good, and are a pleasure to the eye and the hand, then join us joyfully in the knowledge that at Bell’s you can be physically surrounded by the works of the best minds of all time.

A History of Bell’s Books

In 1935, Herbert Bell, age 24, drove north from Los Angeles with a station wagon full of books, to start The College Book Company with his employer, David Lawyer, a Los Angeles book dealer. They hoped to sell textbooks, as  Stanford did not have its own bookstore at the time. The original location was 104 University Avenue, adjacent to the sporting goods shop known as Smith’s on the circle. The idea was to attract the students who came in for bicycle rentals.

In 1936, David Lawyer determined there was no money to be made in selling books to students, and sold out for $2300 to Herbert Bell who said later ” … so he sold it for a song, and I bought it for a song, and I went singing my way into poverty, and lived on hamburgers for some time.” 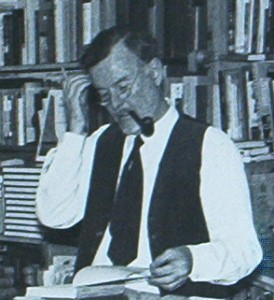 By 1938 it was called the College Book Shop and had relocated for the first time to 536 Emerson. When the landlord raised the rent, 1944 brought another move (to 408 University) where we participated in book drives for the troops in W.W.II.

In 1948 we moved  to 229 Hamilton (The Cardinal Hotel building) where the high ceilings allowed for our signature look; soaring shelves with tall ladders. Finally  536 Emerson Street  came up for sale in 1950, and the Bells purchased it. The building, with egg and dart molding on a dark green marble base outside, and pressed tin ceilings and a period staircase and balcony inside, was built in 1924, and designated a Category #2 on the Historic Register by the city of Palo Alto in 1988.

That final move was accomplished with the physical assistance of the head of the German Dept. at Stanford, employee Barbara Worl, and a local policeman who took pity on Bell’s when the landlord threatened legal action if they weren’t out by midnight. They all rolled carts of books around the corner from Hamilton to Emerson late into the night. 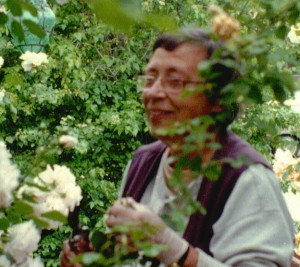 That night’s labor put Barbara in the hospital with a back injury, but that didn’t keep her down. Just out of Stanford with a degree in history when she started at Bell’s, she stayed on for 55 years. She was a noted rosarian, with two roses named after her, and an encyclopedic knowledge of books of horticulture. She gave lectures, had her own publishing house (Sweetbrier Press), and had her garden featured in international horticultural books and magazines. She got Bell’s involved annually for a decade with the San Francisco Landscape Garden Show… a fundraiser for Golden Gate Park. Barbara retired in 2006 to work full time in her garden. She died in her home in September of 2017, with her roses in full bloom.

By 1953 the name had altered to Bell’s College Book Shop, and by 1971- Bell’s Book Store. Today it is legally named Bell’s Books.

Many of the members of three generations of Bells, their spouses, and their children have worked in the store: Dinner table conversation is liberally sprinkled with book references and shop talk. Libby and Jane Bell worked there in the summer in their teenage years. 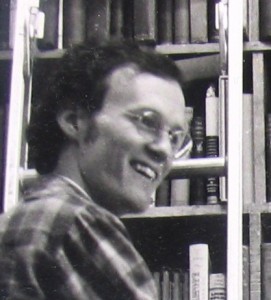 Michael Bell, a musician, developed sections related to his interests, and managed the store for five years. His wife Joanie sold her hand crafted baskets in the store. 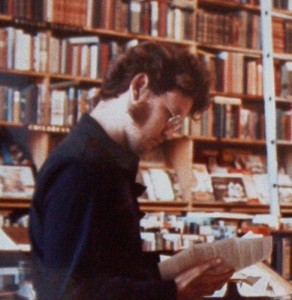 The late Jonathan Bell, trained in library science and law, did a much-needed  reorganization in the early 1980’s. Although he went on to other pursuits, he maintained an encyclopedic recall of his broad reading throughout his life. 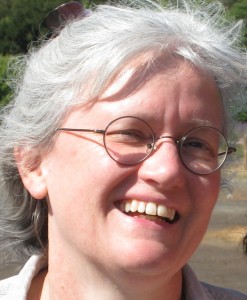 Faith Bell worked in the store as a teenager, then returned in 1983 after a ten year sojourn in Canada. Now, as the owner, she purchases old and new books, and large private collections. She has tied her interests in the book arts, literature, social justice, and history into work on several boards and organizations. 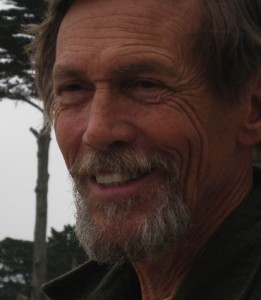 Her husband, Christopher Storer, a recently retired philosophy professor, has a new  role as bookkeeper (in all senses of the word) and man-about-the -shop.  He repairs shelves and saves us all from being complete Luddites. 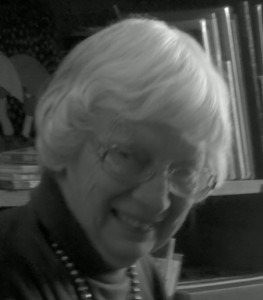 Valeria Bell, Herbert’s wife, began working at the store in 1965. Her book interests include fine woodcuts, mysteries, and labor history. With her penchant for organization, she kept the shelves tidy, the bookkeeping on track for fifty years, purchased many private libraries, and generously shared her expertise.  Now in retirement, she reads avidly and follows the news,  advising us on good titles to stock. 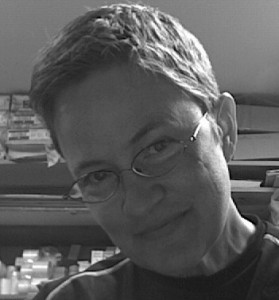 The “new girl” on our staff, Tärna, has been with us for a fourteen years now.  She has a background in history and linguistics,  and wide-ranging interests in travel and popular culture.  Her daunting ability to recall minutiae essential to tracking down vaguely recalled titles for customers, along with her keen eye for scouting desirable books have been invaluable contributions to our store.

In addition to Faith, Chris, and Tärna, we have three more regular staff members that you might come across on a typical day at the shop:

Emma is Tärna’s daughter. She started off doing her homework in the back room in high school, progressing to summer and holiday help, and now, after she has received her own degree in linguistics, she is cataloging our rare book collections and sharing her knowledge of contemporary literature and edgy true crime with the customers. (And she knit that sweater!) 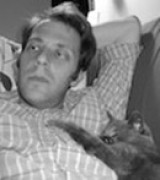 With close to 20 years of bookselling experience, Kevin brings his eclectic knowledge of modern literature, nature writing and photography to offer great recommendations. Listen carefully for his subtle and quirky sense of humor, and watch for his artwork in some of our window displays. 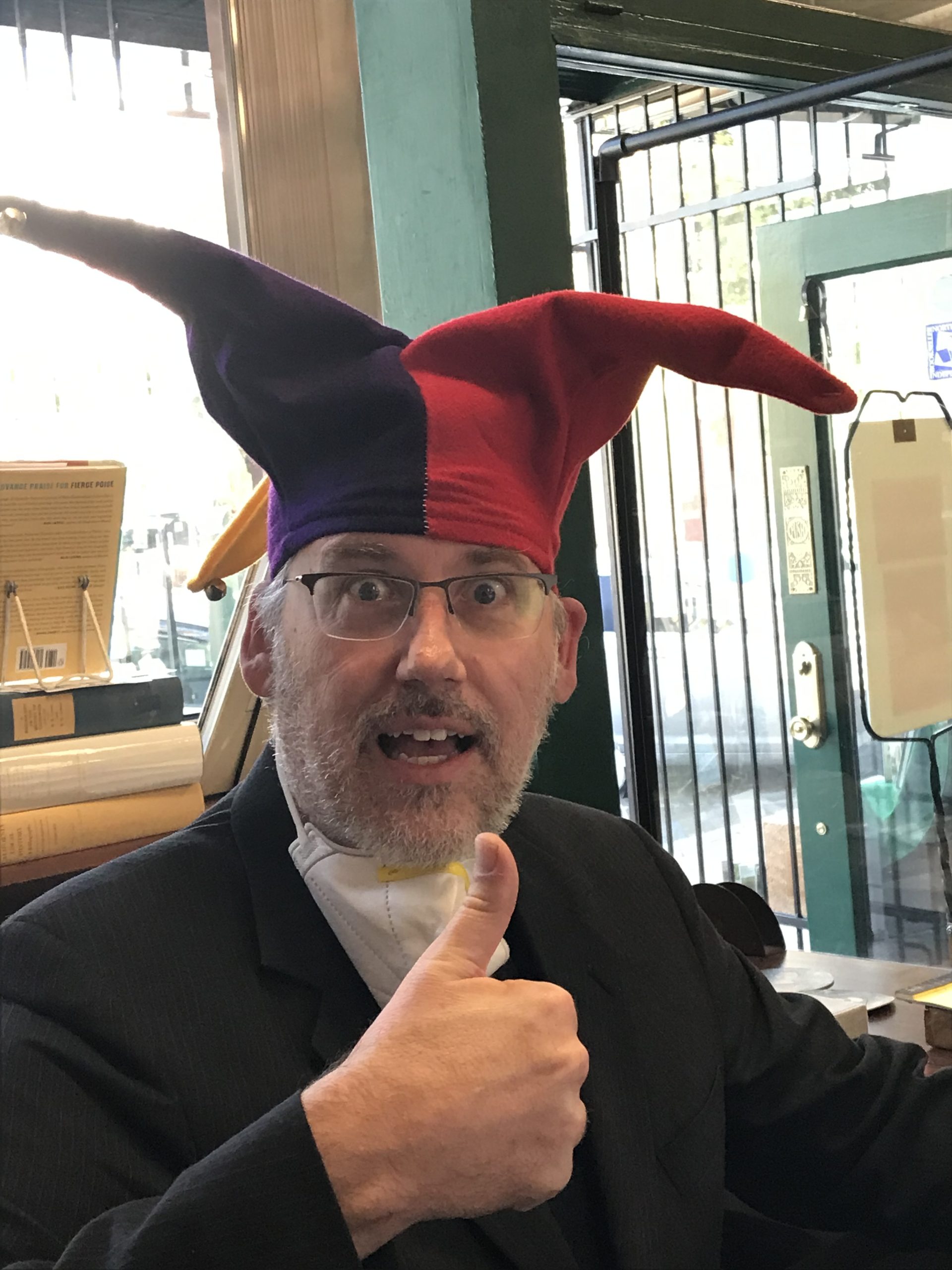 Kris, with his doctorate in music composition, might challenge you to identify the music he plays here. He brings offerings from his private collection of philosophy books and can entertainingly regale you with stories of the philosophers and their Classical world.

They are all knowledgable and helpful: Let them find great gift books for you this season!

Herbert Bell was passionate about music, food, and good literature. He worked to keep Latin in the  public schools, and performed in local theater productions. For half a century he steered Bell’s through a panorama of changing times, one volume at a time. He spent every day of his life surrounded by books, and quoted readily from a vast array of sources. He died in 1992, with the family home filled with 30,000 neatly categorized books and the harpsichord he had built.

The Bell family has been actively involved in social change for seven decades, working for education, literacy, creative writing, music, antiwar and political action, unhoused issues, historic preservation and local business development. It has been, and continues to be, our honor to serve you.