Bell’s Books will be open 7 DAYS A WEEK

from Thanksgiving to Christmas from 11 – 5.

Posted in Uncategorized | Comments Off on December Hours 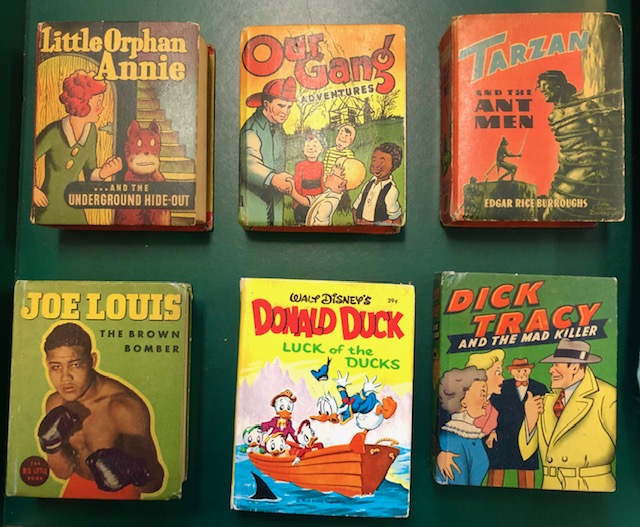 Posted in Uncategorized | Comments Off on We Now Have Big Little Books!

This means Sunday is now a shopping option for you weekend browsers.

Posted in Uncategorized | Comments Off on New Hours!!

Bell’s Books Store is temporarily closing its doors due to poor air quality from wildfires in the region. Since we currently keep our doors open during regular business hours, we feel it is better for everyone’s safety to avoid any excess exposure to these potentially harmful particles from the fires.

We will keep you updated as the situation develops.

Thank you for your patience in this matter.

Posted in Uncategorized | Comments Off on Temporarily Closed

We will be closed on Tuesdays.

Posted in Uncategorized | Comments Off on New Hours

Hooray! After a long hiatus, Bell’s Books is ready to open its doors to the public again!

Well…it was clearly time to shake up our layout, so we took this opportunity to widen our aisles, clean those corners, and dig out hidden treasures to share with you. Come see the changes and say hello to old friends! In celebration of Bell’s Books turning 85, we welcome you back.

We will be open (with all Covid precautions in place) this Friday, Saturday and Sunday, August 7th through the 9th from 11 to 4.

Posted in Uncategorized | Comments Off on Phew! Finally…

Another month, another update

We are still working to get the store ready for you, and we are very, very close. We are cleaning up the last few sections, making sure we have signs posted and hand sanitizer by the door, and getting used to our new layout. We are so looking forward to welcome you all back in! Thank you for your patience during this time.

We will have health protocols in place when we reopen, just like any other business should. Here’s what to expect:

We thank you ahead of time for following these procedures to keep everyone healthy!

At this time we do not have a specific date for reopening. As soon as we know, we will announce it clearly here on our website as well as over on our Instagram.

Posted in Uncategorized | Comments Off on Another month, another update

Things Are Changing at Bell’s!

A huge hello to all of the wonderful people out there! We hope you are all doing well, staying healthy, keeping informed. We are thinking of you, and we are grateful to all of you who have been thinking of us.

Staff have been in the store for about three weeks now doing a major overhaul of the layout of the main room. We want to make sure that our space will be safe for browsing in person (plus it was a good opportunity to make some long-wished-for changes). After 85 years, everyone could use a little TLC, and Bell’s is no different.

Therefore, we are still CLOSED, but only temporarily. We WILL be back soon! At this point, we are expecting to reopen in July with a fresh new look.

Posted in Uncategorized | Comments Off on Things Are Changing at Bell’s!

Hello to all you good folks sheltering in your homes.

Although we at Bell’s Books would love to supply you with books during your home stay, in the interests of universal safety we feel it is important to spare warehouse fulfillment workers, postal carriers, store staff, and, ultimately you, by simply ceasing operations temporarily. All of our staff members are staying home, with full pay, and are in good health. We wish you the same, and miss getting to see you. Here’s to a brighter future.

We will be giving out awards to those of you who read the most books, and the quirkiest books during this time, so keep a list!

Posted in Uncategorized | Comments Off on Hello to all you good folks sheltering in your homes.

To comply with recommendations from Governor Newsom and The Centers for Disease Control, Bell’s Books will be closed from March 16th until further notice..  We will miss seeing you!

Posted in Uncategorized | Comments Off on Stuck at Home?